Today, Caryn had the same nasal surgery that Jon had back in December.  It’s called balloon sinuplasty and it’s an incredible medical advance.  According to the CDC, 33 millions adults are diagnosed with sinusitis yearly.  After years of reoccurring sinus infections, Jon went to see Dr. Daniel Slaughter who did an MRI which showed complete blockage. Thankfully, we have health insurance but they required the procedure be done in a surgical facility for coverage.  Can I just say how ridiculous insurance can be?  Our insurance considered this easy procedure experimental when done in the doctor’s office but ok and fully covered at a surgical center.  Hello! someone is making lots of money.  Caryn’s being self-paid was able to do her balloon sinuplasty in the doctors office for 88% less, CRAZY right? Seriously, it took all of 10 minutes and she was done. Her surgery was at 2:30pm and we were home by 3pm.  The doctor said she had lots of infection and was the ideal candidate for this procedure. For two years she has had reoccurring sinus infections that flared up almost every time she traveled. Doctors would simply prescribe antibiotics but never once did anyone suggest an x-ray or MRI. Only because of Jon’s similar experiences and success did we encourage her to see Dr. Slaughter.  If you have reoccurring sinus infections I’d encourage you to see an ENT as many have been trained to do this procedure.  Better yet, see the doctor who invented it, Daniel Slaughter.

This morning I had a medical procedure totally not planned for until yesterday.  Oh how medicine has changed for the better.  When I had a similar  procedure done 5 years ago on my back it had to be done in a surgical center. Now it can be done in the Doctor’s office under a local vs. complete sedation. It was great to walk out not feeling hung over and able to go about my day to help Caryn.

Two weeks ago I began having neck and shoulder pain on the left side.  Last week I had three massages which sort of helped – but not really.  On Monday I was having horrible pain so I went to my acupuncturist and he did electrical muscle stimulation and I left still in pain. I realized that more was going on than muscular alone, so I called my chiropractor over at Texas Spine & Pain Center.  When I got there he first looked over an X-ray he took back in March when I had a small flare up. He told me that I should never have neck adjustments.  I remember him telling me how bad my neck looked and he was surprised that I was not in severe pain but I wasn’t and I didn’t see a need to do anything at the time (if it ain’t broke don’t fix it.)

I considered myself extremely blessed as I enjoyed our April cruise and then the amazing trip to Europe without any pain.  Dr. Bart ordered an MRI to compare to one I had done 5.5 years ago.  Basically, I have degenerative issues affecting the spine and discs. The good news is that the MRI done six years ago showed the same things below but I rarely had any pain because of it.

The new findings were seen at C2-C3 which explains where my current pain is.  I love how in-tune with my body I am, just wish I could fix it.  This unfortunately was an unusual finding and often occurs with those who have had surgery to stabilize C4- C6.  I had mild disc narrowing plus a disc hernia at the top of C2 causing the pain.  I have no idea how this happened as I have done anything traumatic to cause it.  This aspect of aging sucks!  On the bright side, my back is not hurting and I am able to do whatever my body allows except no roller coasters LOL!!! Yes, I am temporally moving at a slower pace as I have a pain in my neck.

My Chiropractor, Bart Atencio, fast tracked me to see the pain doctor that comes to Austin from Houston,Dr. Mikhail Fukshansky.   Today he did a steroid injection which has provided great pain relief as this morning the pain had been the worse I’ve experienced so far. I will have another steroid injection next Friday and the third one the following week.  This is typical protocol.

Next week they will conduct nerve testing to see which, if any, nerves are being compromised because of the narrowing and collapsed disc.

They will then follow up with stem cell therapy, which is experimental but well documented with much success. Obviously, surgery is the last thing I want to do so I will exhaust other methods while praying for a miracle.

I share this because I read about a sweet friend who was going to have the stem cell injection done on the same day it was recommended to me and, while experimental, it gave me hope. Maybe someone will read this and have positive experiences to share. 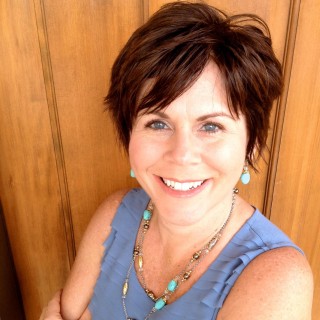